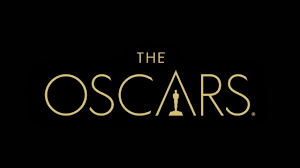 It’s that time of year again; when the Film Sage releases, for the world to see, his take on the films nominated for this year’s Academy Award ceremony.  I have done this a few times now, so let’s just get straight into it.

* means that the nominated picture or individual(s), in my opinion, should not have been nominated.  (You will find that there are a lot of these).

“Notes #(x):” includes any and all thoughts/observations that I want to include to explain myself as to my take on a given award category.  There is no limit to the amount of “Notes” that I may write for a given category, nor is there any rhyme or reason to the order or length of the “Notes.”  It is important to remember that the purpose of this blog is to instruct regarding my film theory and so the “Notes” are meant to tie this year in film into the greater structure and message of this blog.  For this reason, the “Notes” attached to Best Picture are always the most in-depth and, I apologize, lengthy.

Actor in a Leading Role

Actress in a Leading Role

Actor in a Supporting Role

Actress in a Supporting Role

So, there we have it. This year, as you might be able to tell, there were really three films that were, for all intents and purposes, tied for first place: Silence, Moonlight, and La La Land.  If you can only watch three movies this year, I would recommend these three.

Ultimately, once all my changes are taken into account, the movies with the most nominations were: La La Land with 10 nominations; Silence with 8; Moonlight with 7; The Birth of a Nation with 6; Arrival with 4; and I, Daniel Blake and O.J.:Made in America with 4 each. Tied for eighth place is a plethora of films: A Bigger Splash, Jackie, Hell or High Water, Toni Erdmann, Rogue One: A Star Wars Story, Hacksaw Ridge, Manchester By the Sea, Lion, and Captain America: Civil War (with 3 nominations apiece).

The big winners of the “night” are: La La Land with 6 wins; and Moonlight and The Birth of a Nation with 2 wins apiece.  There are no other multiple winners.  Surprisingly, the third member of the triumverate, Silence, has no wins, though it does have one more nomination than Moonlight did.

(Real quick aside.  I, for personal enjoyment, made a list of all the movies I saw this year and ranked them.  Of my top 25 films of the year, I was able to find a nomination for all of them—but one.  Deadpool, I’m sorry).

Anyway, that’s that.  I hope you enjoyed this year’s analysis of the upcoming 89th Academy Awards.

One thought on “The 89th Annual Academy Awards”