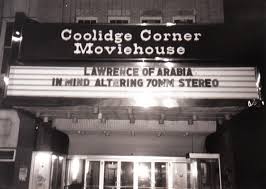 The “last of the hard-drinking hellraisers” is dead, as was written December 14 by The Telegraph writer Robbie Collin.  Richard Burton, Richard Harris, Oliver Reed and others defined a generation of British actors hailing from Wales, Ireland, Scotland and England with their mix of imposing acting dexterity and their hell-raising personal lives.  Besides Richard Harris—perhaps—the most significant of these British hell-raisers was Peter O’Toole.  His significance was not born merely of his controversial life off the stage and away from the screen, but because he, above all others, was the greatest on that stage, and on that screen.  No actor in history has matched his volatility as a character actor, nor have they ever been able to meet him in his potent monologues.  There was something about his diction, a perfect blend of Irishman and Shakespearean reciter, that complimented his intensity of gaze, his angular expressions, and his physical simplicity.  His roles were a true masks of self, yet, somehow, reflections of that bombastic and flamboyant personality were found in each one of those roles.  For O’Toole, his own self was an integral part of every character he portrayed.  Perhaps this is best shown in own appraisal of his performance in Lord Jim—a role many considered a failure: “I was so wrong for the picture,” he said. “When I play reflective types, I tend to reflect myself right off the screen.”

Having that little bit of himself on screen is what made O’Toole’s performances so attractive.  To this day, I crave a Peter O’Toole movie every now and again—which is a legitimate reason why I rank him at #2 all time on my Greatest Actors list.  There is an attraction to his tone, his inflections, and the way that his Irish comes out when he starts to yell.  There is a continuity in those yelling exclamations that can be found in every role from his most dramatic, The Lion in Winter, to his most comedic, What’s New, Pussycat?.  To me, that is his reflection of himself in the role.  It’s very important for an actor to preserve a little bit of himself.  It actually ensures that, no matter how formal the role (O’Toole played Hamlet in 1963), there remains some humanity in the performance.

I think it was that hard-drinking hell-raiser sort of attitude that was most visible in his performances.  He let the viewer see a little bit of himself: he was an auteur of his own alter-identities.  One valuable look into the personhood of Peter O’Toole can actually be found on the web, there is footage of him and long time friend, Richard Harris, gallivanting in a party celebrating their favorite rugby teams and lauding the entire concept of the sport.  There was a camaraderie between the two, a special form of bond that demonstrated just how similar a life these hell-raising “giants of theater and film” (as wrote CNN writer Alan Duke) lived.

With these similarities in life and acting style in mind, I couldn’t help but bring up O’Toole a few weeks ago with my wife.  She was in the mood to watch the Harry Potter films, and since we recently gave birth to our first son, we were basically free to sit down and watch the movies while he slept, ate, looked at us, ate, and slept again.  Richard Harris’ death after filming Harry Potter and the Chamber of Secrets was a topic of discussion, and I told Karissa that wished Warner Brothers producers and casting directors had attempted to draft O’Toole to fill in Harris’ role as Albus Dumbledore.  I figured it would be perfect: O’Toole would not only respect the role of his old friend, but would bring that mischievous-but-wise touch to the character in ways Harris may never have been able to do.  O’Toole, after all, was the Dumbledore of the acting world, the ultimate sage and master of his craft, the one whom you never doubted and knew would always do the right thing.  That Lord Jim incident aside, O’Toole never lost behind the camera.

O’Toole’s career is remembered universally on two levels, one appropriate, the other, unfortunate.  The appropriate legacy that he left was in his paramount character, T.E. Lawrence of Lawrence of Arabia.  It was not his first film—that was Kidnapped in 1960—but this 1962 performance was his first major role, and he was new enough that David Lean still was justified in using the words “And introducing” in the opening titles sequence of the movie when it came to O’Toole’s role in the cast.  The role could very well be considered the most dynamic and bold rookie performance in any venue of art, entertainment, or business—especially when one considers the nature of not just the character, but the whole premise of the film in general.  The movie was considered un-makeable, that the source material (Lawrence’s own Seven Pillars of Wisdom) was too documentary, and the primary figure far too elusive and enigmatic.  Already Marlon Brando and Albert Finney had turned down the role.

But, T.E. Lawrence is Peter O’Toole.  Even as a student of history, I cannot escape that image.  It is almost haunting.  Watching him walk in his British army officer uniform in the darkness of the desert, center-screen, with wisps of sand distorting the light from the moon, watching him wave his pistol in the air in robes of a sherif in the foreground of a vast desert baking under the sun, and watching that intense, blue-eyed gaze and thirst for action, all coalesce into an immortal man.

He was an instant star with this role, for which he gained his first Oscar nomination for Best Actor in a Leading Role.  He lost that one to Gregory Peck, who won for his performance of Atticus Finch in To Kill a Mockingbird.  I love Peck, I love Atticus, and I love To Kill a Mockingbird, but, hindsight is truly 20-20.  The award probably should have gone to O’Toole.

This leads me to my second point, that second way that O’Toole is remembered.  This is the unfortunate way: he was the man who never won that coveted Best Actor award, despite having been nominated a near-record eight times.

After Lawrence, his second nomination came in 1964, having played King Henry II in Becket alongside Richard Burton, who was also nominated in the same category for the playing the title role.  That was a very good year for acting performances.  He lost that award to Rex Harrison for his portrayal of Doctor Henry Higgins in My Fair Lady.  The debate as to whether or not he should have beat Harrison is a little superfluous: the both should have lost to Peter Sellers for his multi-role performance in Dr. Strangelove.

His third nomination came in 1968.  He should have won that year, too, for reprising his role as King Henry II in The Lion in Winter (he remains to this day the only person to ever be nominated twice for having played the same character).   Though his co-star, Katharine Hepburn, won Best Actress for her portrayal of his wife—which, by the way was also an Academy “first-and-only” since she tied with Barbra Streisand (Funny Girl) for the award—O’Toole would not win.  The award was won, instead, by Cliff Robertson for playing the title role in Charly.

His fourth nomination came in the following year for Goodbye, Mr. Chips.  He lost to John Wayne for True Grit.  Wayne won the award partly because it was long overdue: he should have won for his role in The Searchers in 1956 (especially over Yul Brynner in The King and I) but had not even been nominated.  Again, hindsight is more perceptive.  Burton might have had the actual best performance that year (Anne of a Thousand Days), but Dustin Hoffman was also a dark horse for his performance as Midnight Cowboy‘s Ratso Rizzo.

Nomination number five came in 1972 for his role in The Ruling Class.  This is, besides Lawrence, my personal favorite O’Toole performance: the perfect mix of theater, comedy, physicality, and horror.  In it, he plays a man with a mental disorder convinced that he is God.  He is obsessed with doing good, but his complex brings shame to his family, who cannot see the benefit his mentality has but only the embarrassment.  In the end, their intrusion drives him to the next extreme of madness, and he becomes convinced, instead, that he is Jack the Ripper.  The movie is riotously funny and almost epic in nature.  Though the sets are minimal and the plot is nowhere near deep, this epic nature of the film is derived from O’Toole’s stunning monologues and bombastic soliloquies.  The satirical nature of the film—which is designed as a satire of the House of Lords—lends credence to the role in all its facets: it gives comedic grace to the God-complex, and strikes absolute terror in the Jack the Ripper, Hyde-like phantom.

If there was any year his award was deserved, it was that year.  But, of course, that just had to be the year that Mario Puzo would let Francis Ford Coppola film a movie version of his book and Marlon Brando would forever cement his claim as one of the great American actors of all time.

He would lose again, after a long acting hiatus to deal with his alcoholism, in 1980.  His performance in The Stunt Man was spectacular, but, if you look at my list of the Greatest Acting Performances of All Time, you’ll see that Robert DeNiro’s performance in Raging Bull comes in at number 4, or number one if you only count films in English.  So, he lost that one, too, to a much-deserving opponent.

In 1982, he lost for his performance in My Favorite Year to Ben Kingsley’s Ghandi.  And, in 2006, he would get his final nomination for his role in Venus as an aging actor in love with a younger woman who must cope with impending death of diagnosed prostate cancer.  Forest Whitaker won that year for his profound performance of Adi Amin in The Last King of Scotland.  Though the nomination was a long time coming, he couldn’t win that one.

In the end, of eight nominations, he should have one twice, for Lawrence of Arabia and The Lion in Winter.  That would put him in a nine-way tie for second place in all-time wins.  Perhaps the Academy thought much the same way, and that is why they award him an Honorary Oscar in 2003, since his “remarkable talents have provided cinema history with some of its most memorable characters.”  In accepting the statuette from Meryl Streep, he said jokingly, “Always the bridesmaid, never the bride.”

In the opening sequence of Lawrence of Arabia, we see Lawrence ride a motorcycle at high speeds down the winding roads of the English Channel coast by Dorset.  He swerves out of the way of oncoming bicyclists and is thrown off the motorbike to his death.  The rest of the movie plays as a three-and-one-half-hour flashback highlighting the significant aspects of his liaison advocacy in Arabia during World War I.  Just as his death sparked the true exploration into his character which the flashback provides, I hope that somehow, Peter O’Toole—the man who played him—may be somehow revisited, that his death can merely be the start of some new masterpiece for film-goers.  That masterpiece is the entire oeuvre of O’Toole films, from Lawrence all the way to his more recent works such as Venus, Dean Spanley, and Katherine of Alexandria.  Maybe this actor from “old movies” can be rediscovered by a new generation.  Then, people may start to really love movies again.