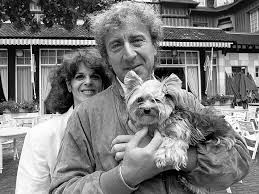 If there is one way to describe the comedy of Gene Wilder, then, it is genius. END_OF_DOCUMENT_TOKEN_TO_BE_REPLACED

There is the learning of Dorothy Gale, one of cinema’s most enduring heroines, as she, with her friends, receives her gift from the Wonderful Wizard of Oz. END_OF_DOCUMENT_TOKEN_TO_BE_REPLACED

As stated in my “Brief Exposition on Movie Music”, there is more to movie music than just a traditional score.  There is also the incorporation of classical place-setters and the addition of music-and-lyric type songs (whether they be original or recycled, diegetic or non-diegetic).  So, while my recent reviews on Gone With the Wind and Wuthering Heights have led me to spend some extra time on the great scores and composers of moviedom, it is still requisite that we journey through movie songs on our quest for film competence. And, considering our last two reviews of American movies from 1939 will be particularly important when it comes to this very topic, the divulgence into these lists seems all the more important.  These movies are, The Wizard of Oz and, to a lesser extent, The Roaring Twenties. So, like we did with the lists on traditional movie score, we will begin with a list on the writers of this great music.  Enjoy!

*Note: special thanks to Chow Kim Wan, a commenter, who made a couple corrections on my 1990s Disney songwriters.  There were some inaccuracies.  They have since been updated.

END_OF_DOCUMENT_TOKEN_TO_BE_REPLACED

Lists, and not baseball, have become America’s favorite pastime, and for fifteen years now, I have been passing as much time as anybody I know.   END_OF_DOCUMENT_TOKEN_TO_BE_REPLACED

As I stated in my “Brief Exposition on Movie Music”, 1939 was one of several watershed moments in film history, not only because of the sheer amount of great films that were pumped out of Hollywood that year, but also because it introduced forever the “thematic” elements of movie scores.  In particular, the Alfred Newman’s score in Wuthering Heights and Max Steiner’s work in Gone With the Wind were key players in this movement. END_OF_DOCUMENT_TOKEN_TO_BE_REPLACED

So says film critic Steven D. Greydanus.  The hilarious opening sequence of Sullivan’s Travels is the evidence supporting Greydanus’ claims, when, after watching the first edit of an upcoming action picture, actor Joel McCrea—playing a film director by the name of John L. Sullivan—bemoans the sell-out of corporate Hollywood and the way it is effecting his artistic abilities.  Speaking with his studio boss, Sullivan tells of his desire to film a new movie, called Oh, Brother, Where Art Thou?.   END_OF_DOCUMENT_TOKEN_TO_BE_REPLACED

So says C.K. Dexter Haven, ex-husband of the pretentious and beautiful Tracy Lord.  She has thrown him out and banned him from her mansion estate, and has recently engaged herself to George Kittredge.  In Kittredge, she sees everything that Haven was not.  Unlike Haven, who was born into the social elite, Kittredge was a self-made member of the upper-classes, not subject to the vices of the pampered life (a life that she, herself, has lived).  A woman of her privilege demands the absolute best in everything she consumes: her wine, her clothes, her horses, and her men.  Haven couldn’t live up to the task; he was an alcoholic with no respect for the things she wanted.  Perhaps Kittredge will. END_OF_DOCUMENT_TOKEN_TO_BE_REPLACED

One year before It Happened One Night shifted the gaze of the 1930s comedy towards romance, creating a genre that would shape American cinema for decades and decades to come, a group of writers and performers were capitalizing on the screwball comedy in its purest form, full of wit and satire and slapstick.  Speed of delivery, incoherence of plot, and satirical approaches to class and politics became the hallmark of what this blog has called (in the “My Take On…Comedy” chapter) the “anecdotal” comedy.  This subgenre of comedy (made up for this blog) is the sister genre to screwball, taking slapstick to new extremes while approaching its storyline with an anecdotal approach; what resulted from such an approach was a film that played out more as a compilation of sketches than a story in the conventional sense.  While this type of comedy would survive into the 1940s with the Marx Brothers, Charlie Chaplin, Abbot and Costello, Laurel and Hardy, and W.C. Fields (and would continue beyond the 40s in gimmicky novelty films like Airplane! and the Monty Python movies), the ultimate anecdotal-screwball comedy was released in 1933.  It was the crème de la crème of all the Marx Brothers films—the most funny, the most political, the most daring, the most memorable—Duck Soup. END_OF_DOCUMENT_TOKEN_TO_BE_REPLACED

Of all the screwball/romantic comedies of the 1930s, few stand as tall as It Happened One Night.  When the movie was released to secondary movie houses in 1934 after mixed success with its initial release, it started a popular wave across the United States as people everywhere swarmed theaters to see Clark Gable—“The King of Hollywood”—and silent-film golden girl Claudette Colbert fall in love.  What at first appeared to be a flop turned out to be the biggest success in the history of Columbia Pictures up to that date. END_OF_DOCUMENT_TOKEN_TO_BE_REPLACED 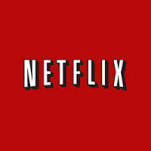 Before I continue with my series of essays on Citizen Kane (i.e. the best movie I’ve ever seen, and probably will ever see), I must respect the wishes of a few people who have made a special request.  I always play requests, even if that means I delay whatever plans I may have had for a post or a page.  That is, I will always play requests until that time that this blog actually gains a real following and I won’t be able to keep up with the demand.  But, until that time, bring ’em on. END_OF_DOCUMENT_TOKEN_TO_BE_REPLACED