The one that started it all.  Did any of us have any idea what was happening?  Maybe people older than me, who were aware of studio plans and Hollywood rumors knew; but I sure didn’t.  I was just a high-schooler at the time of Iron Man‘s release.  I didn’t know much about Iron Man going in, but, boy, was I obsessed when I was going out.  And that little Avengers plug at the end, after the credits?  Was that supposed to be serious?

Whether or not we knew it, Iron Man forever changed the game.  It wasn’t just because it began to introduce us to an all new comic-book adaptation universe, which it would certainly do, but it also changed the game because it was so well-scripted.  The movie’s script was at once politically poignant, at once sensationally witty.  If Guardians of the Galaxy can be seen with a screwball angle, then no doubt Iron Man is the most screwball of all the MCU films.  Screwball comedies were defined by wit instead of overt hilarity, and Iron Man delivers in spades.

Because this humor was so refreshing for a genre that had come to be shown as either too dark or too childish, it went a long way towards creating a mature film that even non-comic fans could enjoy.  The movie portrayed a figure much like those leading our country in 2008, conflicted between a lot of paths, none of them black or white.  It was quite the political commentary for a “dumb popcorn flick,” to borrow a term I used earlier.  It wasn’t until the second Captain America film came out that we were ever again granted such a poignant political look at the very world that we had come to love so much.

Because the film had such substance and was so entertaining, it doesn’t take very much to believe that it is the highest rated MCU film of all when it comes to critical response.  The American Film Institute named it one of the top films of the year in 2008, and Roger Ebert echoed that same response. 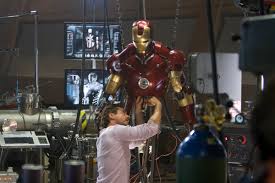 Furthermore, it resurrected the long-dead career of a great comedian and talented actor named Robert Downey, Jr.  Now considered one of the biggest movie stars in the entire world, RDJ wasn’t much of anything when it came to demanding respect pre-’08.  This was the first real exposure that my generation had to his talent, and we welcomed him with open arms into our A-lists.  He stole the show as Tony Stark, the brilliant narcissist who tries to use his brilliance for good after a harrowing and horrific experience in Afghanistan.  Marvel pushed—almost successfully—to grant him an Academy Award nomination for the performance.  To this day, no other Marvel act has come close to being nominated for one of the prestigious “Big Five”.

That it could easily have been nominated for Best Adapted Screenplay is easy to see in retrospect.  The reality is, it never would have happened with adaptations of stirring theater pieces like Frost/Nixon, and Doubt in the running, not to mention an adaptation of a Fitzgerald story (The Curious Case of Benjamin Button).  But, seven years removed, it could easily have outdone Slumdog Millionaire, which has not aged well over the last seven years and I doubt that it will be remembered as well as we initially thought.  But, the days of giving the Screenplay awards to comedies are long in the past.  What can you do? 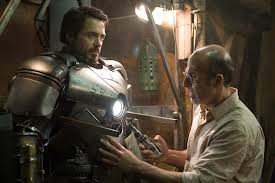 The only knock against Iron Man is, you guessed it, the ending.  Sorry, but that seems to be a common thread in these posts.  Guardians of the Galaxy was doing a perfect job of setting itself apart from the rest of the MCU until it basically ended the exact same way every other MCU movie ends: an impersonal and yet somehow unbeatable bad guy loses because of some random and inexplicable usage of the main power source in question.  In Thor: The Dark World, that power source was the Aether.  In Guardians of the Galaxy, that power source was the Orb.  In Iron Man, the power source was the arc reactor, which is probably the most important symbolic fixture of the entire Marvel Universe—a symbolic fixture that would be turned on its head, ingeniously but unsuccessfully, in the sequel.  Obadaiah Stane as the Iron Monger is just not a fitting climax after we have seen some of the most sensational superhero sequences to date, in particular that fantastic sequence in Afghanistan when Iron Man cleans up the town, blows up a tank, and walks away.

With Iron Man, we have now entered the realm of the 5-star movies.  Iron Man is a five-star movie.  The next thing you’re about to read is about a 5-star TV show.  (SPOILER ALERT!!!)