It all came down to this: the true culmination of years’ worth of fan-boy fantasies that few ever thought would work.  The last movie that tried to squeeze multiple characters into its story was Spider-man 3, a movie that received terrible reviews as well as universal disgust from die-hard fans.  Would this attempt at an even bigger collaboration fall flat on its face, too, unable to hold itself up under the crushing weight of the Incredible Hulk and Thor’s Hammer?  A lot of people were nervous, even the world’s biggest comic book fans.  They didn’t want the movie to fall apart.  They didn’t want to be disappointed. 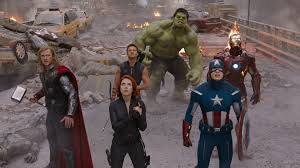 I remember when I went to the midnight premier of this movie with my roommates in college.  We were all excited, but a lot of us had also convinced ourselves that we might be in for a disappointing slugfest full of corny lines and cheesy action sequences.  Expect the worse, and you’ll never be disappointed.  Well, we certainly weren’t disappointed.  I’d say that what Joss Whedon was able to pull off in this epic, cosmic superhero extravaganza was nothing short of extraordinary.  He might have pulled off, even, the greatest superhero movie ever made.  (It’s a close race with a certain DC movie from 2008 starring Heath Ledger). 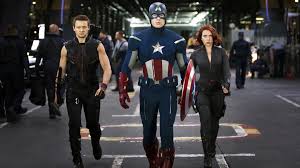 Really, there were hardly any flaws at all in the whole picture.  Where the most recent Avengers flick lacked character arcs, the first movie did not.  Bruce Banner, fighting his dark side, embraces it.  Tony Stark, the man who would always try to cut the wire, realizes that sometimes you’ve got to lie on top of it.  Thor, whose only hope is to unite his broken family, realizes that sometimes a wayward soul won’t budge.  And, through it all, they wear those suits, creating a gorgeous, colorful palate that is an aesthetic joy to behold.  Not only does the show pack a punch to the gut, it packs a sight for sore eyes, as art meets entertainment in what might be the best “dumb popcorn flick” anyone has ever made.

And don’t get me started on Whedon’s script.  The man can write.  The man can also direct actors to properly execute the well-sculpted script with timing and personality.  It’s like watching those great Preston Sturges films of the past, like The Lady Eve or Sullivan’s Travels.  When he is given full creative power over his film (creative power that seemed obviously limited by studio execs in the Age of Ultron), he delivers a fantastically enjoyable film. 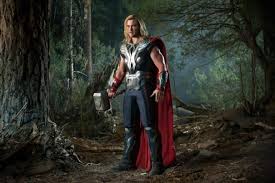 With the combination of wit, character development, and aesthetics, Whedon gave us an action film that never once feels overblown, over-the-top, or ill-conceived.  The movie feels well thought-out at all times, knowing what the crowd wants to see while simultaneously giving them something they’ve never seen before.  Perhaps the most well-executed directorial moment in the film combines all these elements: a single shot pans the New York City skyline as we peek in, one character at a time, on each Avenger having his or her way with their opponents.  This is a moment when CGI lives up to its full potential, providing an image that never could have been actually photographed while simultaneously keeping to the parameters of creativity as opposed to exhibitionism.  The second Avengers tried this sort of unbroken single pan shot twice (that I remember), and both of those sequences were also very good.  However, they seemed to forget that ever-important element of discretion in what fills the screen.  In The Avengers the screens are filled with discretion and art.  And everyone who watched it, from the casual film-goer to the competent movie-connoisseur, noticed. 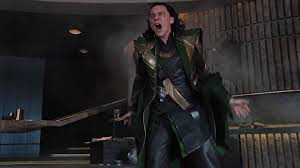 Some people complained that there was never a point in the movie’s plot when we ever thought that the Avengers could lose.  It never seems like the threat was very high, that the stakes were ever at odds with victory.  But, they didn’t get the point.  With The Avengers, Kevin Feige, Joss Whedon, and the rest of the Disney/Marvel team decidedly permanently that they would not go down the path of darkness in the MCU.  This universe would be one that you could visit every day, check in on every week, and think back on every hour, if you wanted, and not feel darkened.  You could always be welcome to have some fun.  That was always the difference between Marvel and DC, and they wanted to keep it that way, even in the movies.  The Avengers was not designed to overbearing.  With all these superpowered characters, we’d buckle under the weight.  No, it was, instead, designed to be fun.  And fun it is.

My regular readers (all four of them) will recognize that this countdown is sort of unprecedented.  I have never written reviews (even really short and sweet ones like these) on any movie that is not featured in my Great Movies List.  Well, this whole countdown is justified in that it works, I guess, as a review of The Avengers, which is featured in that list of the top 555 films ever made.  And it certainly belongs on this list.

Well, I hope that you’ve enjoyed this countdown.  What do you think?  Agree? Disagree?  Either way, thank you for letting me indulge my geeky side for a little bit.