Whether or not you’d like to admit it, Captain America is everyone’s favorite superhero.  I know you want to say your favorite is Iron Man, or Spider-man, or Batman, Wolverine, or, of course, the all-powerful Superman.  But Captain America is the one that we all love the most.  Because Captain America didn’t ask for any of it.  He was just trying to do the right thing.  And of all the characters in the MCU, he’s the one that most tried to ensure that his powers didn’t change him.

I think that’s the most important part of it all.  I think that we all would like to believe that if we were granted superpowers, they wouldn’t change who we are.  That, somehow, we’d already be at a moral and intellectual point that we wouldn’t be tempted by the power inside of us. 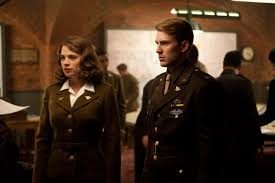 That’s the ultimate moral of the Captain America story.  And, of all the MCU films, this first Captain America movie is the one with the most palpable and understandable moral.  Like Aesop’s fables, it tells a of a world defined by good and bad, where there is always a right choice and a person willing to make it.

Captain America was first introduced by Timely Comics in 1941, as a symbolic hero that the nation could join with in the cooperative fight against the Nazis and other Axis powers in World War II.  By 1950, the markets had spoken, though, and Captain America comics were officially retired.  It wasn’t until 1963, after the birth of Marvel from the ashes of Timely and Atlas comics, that Stan Lee resurrected the failed hero with a story that told of how he had been frozen in ice and, consequently, preserved, only to return to fight crime again. 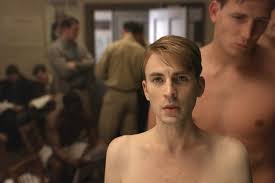 I think the appeal of the Captain America story is that it actually happened the way that it plays out in the movie, minus the super-serum, of course.  In much the same way that Steve Rogers is born, becomes Captain America, unites the America people during a dark time, dies, and is brought back to life in the movie, Captain America the comic was born, united America during a dark time, died and was brought back to life to bring more joy at the height of Marvel’s power in what has now been deemed “The Silver Age” of America comics.  (The “Golden Age” was dominated more by DC in the 1940s, with heroes like Superman, Captain Marvel, Wonder Woman, and of course, the first incarnation of Captain America).  His story is as much a part of American comic books than any other superhero in history, except for (maybe) Superman (maybe).

But, unlike Superman, he has an origin that we connect with.  He was a loser who became a hero; albeit a very mortal hero who, despite his inability to exchange punches with The Mighty Thor, somehow pulled off the incredible…to always come out victorious. 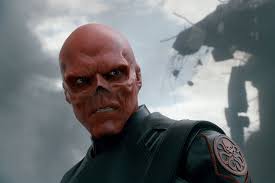 Besides the casting and the emotional appeal of the story,—and besides its introduction of one of my new favorite characters, Peggy Carter—one of the best features about this movie is its pace.  It’s so well paced that it is never boring.  It has a fantastic beginning that takes its time to build up its characters.  It’s got a great montage-driven middle section.  It doesn’t belabor us with gratuitous action scenes, instead focusing on the idea of impending danger, not so much immediate danger.  All in all, it is one of the stand-out moments in the Marvel Cinematic Universe.