Last year, I ranked this film at  number 6; and it was, by far, the most controversial decision that I’ve made in the history of this blog.  But, I still stand by it.  Granted, it has dropped somewhat this year because of new additions to the rankings (and one film has moved up past it).  With that being said, it still stands strong among the better movies of the Marvel Cinematic Universe.

I think that a lot people put this one pretty low on the list, because they’ve forgotten it.  It was overshadowed by Iron Man, which came out a few months before.  It actually seems a little out-of-place, too.  It was the only one released by Universal Studios.  It had the only major character to be recast in the whole MCU.  It’s the only phase one movie that has not had a sequel.  Up until this year, when Thunderbolt Ross was revealed as the Secretary of State in Captain America: Civil War, not a single character from The Incredible Hulk, other than Bruce Banner, had shown up in later chapters.

That issue of casting, I think, is why a lot of people overlook its quality.  If Edward Norton was still Bruce Banner, this movie may have been remembered more keenly.  But, Hollywood politics remain a constant force, and Ed Norton was replaced by Mark Ruffalo.  And, unfortunately for Ed, Ruffalo turned out to be somewhat of a scene-stealer. 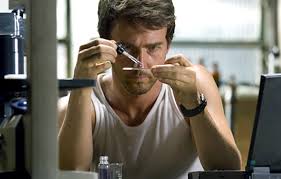 But, that is no reason to discard the origin movie for what it truly was: one of the most interesting and unique chapters of the MCU both stylistically and in terms of the narrative.  Let me provide for you first what are probably the movie’s most glaring weaknesses.  Then, I’ll give you the four vindicating factors for why this movie deserves far more credit than it has been recently given.

Weakness number one: the romance story and Liv Tyler.  I can totally see where everyone is coming from.  Undoubtedly, she channels a little too much Arwen in Rivendell.  That makes for an attractive Elven princess, but not so much for an attractive human biologist.  But all in all, this is not reason enough to hate on the movie.  Sorry.

Weakness number two: the tone doesn’t fit as well with the rest of the MCU.  In particular, we’re talking about the comedic element to the story.  This, I think, is a much bigger deal, and what keeps The Incredible Hulk from being in the top 3 or 4 on this list.  The MCU strives on comedy; but in 2008, only two movies into this immense project, that hadn’t been completely established yet.  Instead, we get a far more melancholy and conflicted film, with more focus on inner torment and anger management than on levity.  The, movie, as a result, moves slowly.  Some of the greatest movies of all time move slowly, though.

Despite these weakness—as Bruce Banner himself comes to learn in this movie—weaknesses can become strengths.  And just as we have a movie with too little humor, we are also given a movie with much more at stake, and more emotional build-up to the finale.

Perhaps one of the greatest strengths in this movie is that it pulls so much from emotions and motifs of the 1970s television show, including the incorporation of the beautiful “Lonely Man” theme in the movie’s soundtrack.  The true Hulk story was always a sad one, and this film does not betray that element of the story.  But, Hulk doesn’t have many fans in today’s culture (at least, he didn’t until The Avengers came out in 2012), so a lot of that stylistic element was lost.  Edward Norton was a real fan of that old television show, and insisted on keeping true to that thematic artistry.  When a lot of his ideas were scrapped, that was when, purportedly, the actor and the studio parted ways.  But you could see Norton’s care in the role; I think he did a superb job. 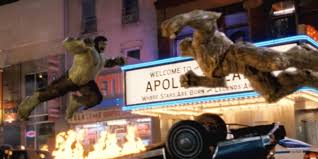 The movie is very well shot, and well-structured, channeling the emotion of the Hulk story with a keen eye for color and pace.  The opening sequences in Rio de Janiero are precisely photographed; director Louis Letterier seems to be a disciple of Paul Greengrass.  These Bourne-like opening sequences are dulled away in a middle-section that channels an all-new photographic element, one with a predominant color theme, and a special ambience that almost feels…humid.  Then, of course, there is the ending.

This is one of the main things that stand out about this film, setting it apart from most of the other films in the MCU: that it doesn’t disappoint at the end.  So many times, the final fight scene fails to live up to the hype preceding it in these movies.  The Incredible Hulk, though, did not.  I think that it was as brutal, violent, destructive, and emotionally engaging as it was leading up to be, and I, for one, was not let down.  This was, hands down, the best fist fight in the entire MCU.  I really hope that the studio bosses don’t go with the public flow and choose to forget about Abomination and The Leader (who is teased toward the end of the movie) in future Marvel productions.  These are two fantastic villains.  Their return would do well, I think to give the MCU more closure and excitement.

But, more than anything else, one element to this movie makes it much better than we have chosen to remember.  Somewhere along the way, we have forgotten what it was like.  My parents always talk about what it was like to see Star Wars for the first time.  Well, we’re part of a far more spoiled generation when it comes to movie technology.  Nothing really impresses us anymore.  But, I think that the only time that I truly left a movie theater exhilarated at what was about to come was after watching The Incredible Hulk.  Up until then, we had plenty of superhero movies.  All of them had their sequels and their spinoffs, and we loved them.  We had no idea that there was anything more to the genre than what we had already seen.  But then, Tony Stark shows up at the end…

I can’t describe how incredible that was for a kid like me.  Do you remember what it was like?  All of a sudden, everything was new and fresh, and superhero movies would never, ever, ever be the same again.