I’ve been asked many times how I feel about the current “Golden Age” of television.  I am fully in support of the movement to put great stories into the medium.  I love that TV is where it is today.  But, I will always be a movie guy.  There is a real difference between TV and movies, and the more you study them, the more obvious that becomes.  A lot of people see that television shows are an hour long while movies are two and say that there can’t be much difference.  But there is.

One of the great differences between TV and movies is that movies are concerned about ideas and images while television shows are more concerned with stories and script.  But, that is a very simple evaluation.  From a critical standpoint, the biggest difference is that television shows are allowed to make mistakes (even gigantic mistakes), while movies cannot.  Think about it:how many glaring weaknesses are there, even in the greatest television shows ever made?  Consider some of my favorite television shows, for example: Seinfeld, The Sopranos, Breaking Bad, M*A*S*H.  Between continuity problems, and several long trenches of boring non-developments, there are countless mistakes and weak points in these programs, but it doesn’t matter.  We overlook them.  Movies, on the other hand, can be perfect for an hour and forty-five minutes; but do one five-minute scene poorly, or draw up one less-than-compelling character, or give a disappointing climax, and the entire movie falls apart.

What does this have to do with Iron Man 3?  Well, simply put, if Iron Man 3 had been a television show or mini-series, it would have been the best thing produced in the MCU.  Unfortunately, its mistakes cannot be overlooked.  So, despite what might be the most interesting and well-scripted middle act in all of the Marvel Cinematic Universe, Iron Man 3 only shows up at number 11 out of 26.  Because of a disappointing ending, the whole movie kind of falls apart. 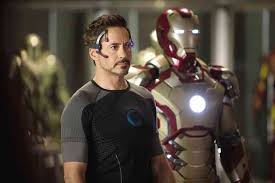 Why is the ending so disappointing?  I don’t know.  Maybe it’s just me.  But it didn’t look good, and a movie that doesn’t look good is not a good movie, period.  I think that all the hundreds of thousands of words that I have invested in writing this blog leads up, in principle to that.  It could also be that it gives us a villain that just shows up at the end of the movie, giving us a climax that we have not been looking toward and are, therefore, not invested in.  It could be the strange incorporation of Pepper Potts.  It could be the annoying way that superhero movies seem to always incorporate characters that can’t die as antagonists.  The Extremis soldiers are just that kind of un-intriguing and frustratingly immortal baddies.

The biggest disappointment in the movie’s ending is that the Mandarin had, up to that point, seemed to be the most interesting and exciting bad guy that the Universe had ever seen.  But, it didn’t turn out that way.  Instead, the best antagonist we’ve had turned out just to be an actor, designed to distract us from the real bad guy, that angst-filled reject who was out for revenge after an act of social injustice a decade earlier.  We had the MCU’s version of Osama bin Laden, the type of villain whose very existence gave us something that we could connect with, but instead, we were given Carrie…just without the blood. 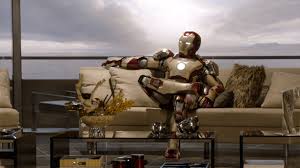 With that point aside, this movie is still number 11 on the list.  And, in case you haven’t noticed, we moved past the “bad” movies in the Marvel Cinematic Universe a long time ago.  We’re now on the good ones.  We’re about to get to the really good ones.  And, regardless of the great weakness at movie’s end, Iron Man 3 is a good movie.  Some have even said it’s the best of the Iron Man movies.  I’ve seen it ranked as high as #3 in the MCU overall.   So, what makes it so good that it can overcome such a disappointing final act? 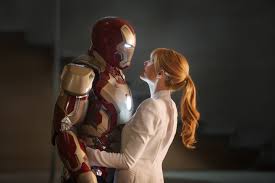 Well, as I stated earlier, it’s all about what might be the most well-scripted and entertaining second act in the MCU.  During this middle section, we see Tony Stark without the suit.  And we continue to see him without his suit, for the longest period of time that we have ever seen him thus clothed.  His entire world has been capsized by an unseen threat, and he must now grapple with his newfound demons, including a Jimmy Stewart-like vertigo left over from the Battle of New York in the previous movie (The Avengers).  He ends up finding solace in a young boy who helps him guard his secret while he attempts to make things right from the shadows.  It’s the first time we ever see him really, truly evade the public eye.  And, like the phoenix, he comes out on top.  Never at any time have I felt a character so well developed in this universe.  It was Robert Downey Jr.’s crowning moment in the MCU and remains so.