Last year, this film was ranked, rather uncontroversially, at #9.  It is now at #15.  Since we’ve already seen Marvel’s Agent Carter: Season Two show up on this list, we can deduce that five of the new additions are ranked higher.  That leaves one from last year that, in my reconsideration, has surpassed it.  That film—apologies for the spoiler—is Iron Man 3, which continues to age well despite its lackluster ending.

Despite Age of Ultron‘s drop in rankings, I’m sure that half the people reading this still think it’s ranked too high.  The other half probably thinks it’s too low.  Like last year, I reiterate my stance: I think we’ve got a Goldilocks situation, and, I think, placing it at #15 is right where it belongs.

This has been, without doubt, the most polarizing of all the Marvel Cinematic Universe films.  Just look at Rotten Tomatoes.  But, love it or hate it, it is, without doubt, the biggest Marvel movie ever.  Never have so many characters been squeezed into such a giant exposition of violence and action.  And that might just be the problem with the movie.  With each character only getting about 10 minutes of screen time a piece, you have to think that either 1) there were too many characters in the film, or 2) the film wasn’t long enough. 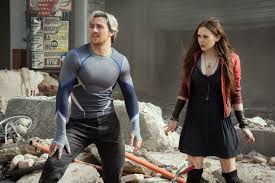 The geek/fan-boy inside me wants to go with the latter: the movie just wasn’t long enough.  I can’t help but think that Joss Whedon’s original cut (which was, supposedly, closer to four hours than three) would probably have ranked a lot higher on this list.  I imagine that it would have involved more compelling character arcs, instead of cheaply having everyone’s conflict shown through strange visions instilled by the Scarlet Witch, only to have those arcs not mean a whole lot in the end.  Furthermore, the geek/fan-boy part of me loved the inclusion of more characters in the story.  The fact that the Avengers are getting more populated is exciting.  Especially the whole Vision thing.  I was so excited I could barely stand it when I finally put two and two together and realized that Vision was the one being made inside that coffin-bubble science contraption.  And it’s not like movies with lots of characters haven’t worked before.  Think Star Wars and The Lord of the Rings.  Lots of characters.  All worked, because the movies were long enough.

But the movie critic in me wants to say—at least at first—that the problem lies with option one.  With each successive character, they distill the movie’s substance, turning it more into a parade than an actual adventure/sci-fi war film.  The only time you can really absorb yourself in what is going on in front of you is if the presented material has weight.  With so many characters (many of whom you haven’t had the time to really care about), it gets difficult to really invest yourself in anything. 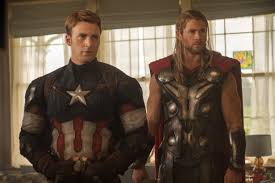 When you stop and think about the movie’s relatively weak (and somewhat random) opening act, the overhaul of excessive characters, the lack of compelling character arcs, and the fact that you can’t seem to go more than ten minutes without something or another blowing up, it seems that this movie actually is as bad as a good amount of critics are letting on….particularly if you view the movie as a standalone film.

What those “yuppie/liberal/godless elitists” that I mentioned earlier choose to overlook is that this movie isn’t designed as a three- or four-act narrative.  It’s just a fourth act, with little sub-acts inside it.  It’s more focused on the story itself then the characters within it.  That is its place in the universe.  And while that may, ultimately, justify the decisions that the screenwriters and the producers made, it certainly doesn’t do the film by itself any favors.  Viewing the film as part of the overall MCU, it’s pretty awesome.  Viewing the film on its own merits alone, I’m afraid it is sort of a disappointment.  After all, Marvel has done well to treasure characters over story and that has worked so far.  The fact that the tables reversed in Age of Ultron, with no characters making any compelling decisions or going through any interesting changes, gives us a—dare I say it?—more boring picture. 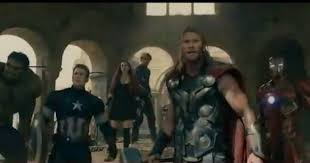 The reason why there is less character in this picture is because, let’s face it, the character arcs have already taken place.  That’s why the film works as a chapter in the overall story, not as a story by itself.  This is the movie where the decisions that the characters have made come to a head, and they have to live with them.  That’s actually, when you think about it, a really cool thing, something that we haven’t seen since Return of the Jedi.  After all, Return of the Jedi is generally seen as the weakest of the original Star Wars trilogy since it just seems like one big ending: we only see the ending of Han’s rescue from Jabba’s palace, we only see the fruits of what the Bothan spies were able to recover, we only see the conclusion of Luke’s training on Dagobah.  Yet, somehow still, Return of the Jedi works as a final chapter to a beloved franchise.  Age of Ultron isn’t a final chapter, per se.  But it certainly has that sort of conclusive feel, as the characters are forced to face the consequences of the decisions that they’ve made to this point.  And that’s why, at the end of the day, it works.

I think that with that in mind, we can come to see the ultimate gist, the crux, of this whole polarity thing associated with Age of Ultron.  But there’s another element to Age of Ultron that I think we are overlooking.  I think that we overlook it mostly because it didn’t work to perfection, but the fact that the makers of the film tried to make it work (and succeeded, at times) should give the film some extra stock.

What I mean is, the animators and set directors in the film really tried, you can tell, to make this “dumb popcorn flick” a work of art.  I don’t mean that they tried to give us art in the same way that, say Jean-Luc Godard did in Vivre sa Vie.  They didn’t try to invoke any sort of new approach to cinema or literature.  Instead, they tried to paint a canvas.

One of the biggest issue that many film critics (myself included) have with CGI is that it perverts the camera by taking away its craft.  It has a tendency to dumb down the creative in order to produce images that are more mind-blowing than mind-growing.  Directors use it to fill up the screen with as much inhuman action as possible instead of carefully selecting what objects enter the frame and how they work to frame the overall picture.  Gone are the days of Yasujirô Ozu and Robert Bresson, two of the greatest cinematographic minds of all time, who worked tirelessly (yet somehow effortlessly) to strip down their images to their barest, most telling roots, giving us only the absolute necessary elements of the shot itself.  Instead, CGI is used to barrage us.

This is an unfortunate phenomenon, because CGI, like any form of animation, has so much potential to provide us a beautiful, colorful picture that we’ve never seen before.  Movies like Avatar or the Disney/Pixar movies are the best examples off the top of my head of movies that were more concerned with using the art of computer animation instead of the adrenaline of computer animation.  It’s these limiting decisions that make the films work.

Age of Ultron made a conscientious attempt to paint a picture.  You can tell that the studio folks and creative designers realized that one of the appeals of the old comics is that they were an art medium, and that they have been given such fantastic colors to work with when it comes to the superheroes in their story.  With such colorful characters (outfits matching personalities) it was only fitting to try and create attractive, colorful, vibrant images on the canvas of their digital film.  They didn’t always succeed—particularly in the final battle scenes with a bunch of dull-colored robots—but, at times, they did.  And that gave an added, enjoyable light to a film that for all intents and purposes, was already pretty good.