Last year, this countdown only consisted of 20 chapters.  We have already visited six chapters of the Marvel Cinematic Universe in this year’s version, and we have only now reached #20. 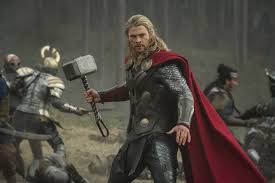 The first time I saw Thor: The Dark World, I thought that I might have seen the worst superhero movie ever made.  Then, I remembered Batman and Robin and Catwoman.  And then, I remembered those last couple Christopher Reeves Superman movies.  Then, there was Ghost Rider, its sequel, and The Green Lantern .  Then, I remembered Daredevil and Elektra.  Then, I realized, Thor: The Dark World wasn’t even close to the worst superhero movie ever made.  It only felt that way because the only superhero movies I care about anymore, since The Dark Knight Rises (and more recently, the Zack Snyder DCEU movies) decided to thoroughly disappoint me, are ones in the MCU.  I mean it.  Even the X-Men movies fail to invoke my emotional investment…though Deadpool may have changed that a little.

Why do I only care about the ones in the MCU?  Because they are the ones with the most heart.  Sure, at times, they can have too many dumb CGI moments.  Sure, they have some casting mishaps (I’m still not sold on half the cast of Thor).  Sure, they can bite off more than they can chew sometimes (see Avengers: Age of Ultron).  But, when it’s all said and done, the movies in the MCU end up like old friends.  They matter because you’ve invested so much time and energy into them.  They matter because they have let you into their world.

Prior to posting this countdown last year, I read a rather scathing review of Age of Ultron, and in it, the author decried the lack of any substantive character arcs.  This is a valid issue to have, but I think it’s important to point out an integral element to the MCU that the aforementioned review didn’t take the time to consider.  You don’t choose your friends because you find their character arcs compelling.  You choose your friends because you like to be with them.  That is what makes the heart of the MCU pulse: the fact that you really like being with these characters.

And that, ultimately, is what puts Thor: The Dark World ahead of Iron Man 2 on this list. 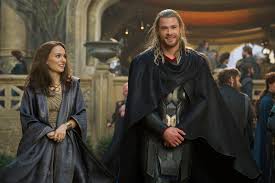 While its story is incredibly weak—even weaker than the story in Iron Man 2—with far too many fight scenes and far too little intimate moments, the second installment in the Thor stand-alone universe makes good on characters.  In particular, we get the most beloved character in the whole story: Loki.

Yes, Loki.  I really think that Loki is everyone’s favorite member of the MCU, even more than Tony Stark, Steve Rodgers and Phil Coulson.  He’s our favorite kind of bad guy, the conflicted type, the type that we connect with because he reminds us of ourselves.  And, in a universe full of clever scripts and actors that sometimes can’t deliver on those fantastic lines, Tom Hiddleston always recites Loki’s lines with perfect timing.  He’s a brilliant character made for a brilliant actor.  His ability to stand as a counterpart to Thor, dark hair to light hair, scrawny to brawny, etc. gives Thor’s world great color, not only an aesthetic standpoint, but also from a literary one.

This aesthetic element should not be overlooked, because, beyond characters, the advantage to that Thor: The Dark World has over Iron Man 2 is that it is far more appealing visually.  No, I don’t mean the moments of overcrowded action or violence.  I mean its use of some semblance of mise-en-scène, some respect to the human eye in its use of costumes and set pieces, and a little bit more respect for framing than what we see in that other movie.

Back to characters, though, what the second Thor film also delivers on is the character of Frigga.  She is only Thor’s step-mother in the comics, but it seems like she is full-mother in the movie adaptation.  Played by Rene Russo, she did little to nothing in the first Thor movie, merely existing there as a place holder in the family tree.  But, in the second movie, we get to see a new side of her, a heroic, violent, loving, and scene-stealing one.  Along with Loki, Frigga offers us more of the world of Asgard than we were able to see in the first Thor film, and, as a result, we are given a far more visually-pleasing movie. 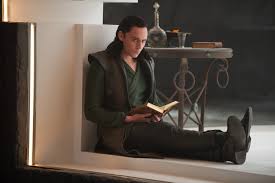 Where Thor: The Dark World struggles is, like I said, in its story.  Every newly introduced character is either pointless or nauseatingly shallow.  From Ian Boothby, the “intern” who plays love interest to the MCU’s most obnoxious character, Darcy (played by Kat Dennings), to the movie’s primary antagonists, Malekith and the Dark Elves, including the ultra-deadly Kurse, we are given a trove of pointless, motive-less, heartless characters that only serve to push the plot toward its necessary culminating fight scene or—in the case of Boothby—give the obnoxious more ammunition with which to be obnoxious.  It’s disappointing to see that a movie with such compelling characters and cool visuals can also provide characters and visuals that are anything but.