This next post in my series of essays on Citizen Kane will focus not so much on the history of the film, nor will it view the film as an examination of its makers.  This will act as a true movie review, focusing on what makes the movie so great as a stand-alone viewing performance. END_OF_DOCUMENT_TOKEN_TO_BE_REPLACED 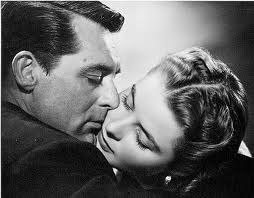 In light of my most recent posts listing the best actors and acting performances in film, alongside a two-part page series on the analysis of acting, it is only timely to kill two birds with one stone.  Bird number one: write my next review–which is supposed to be on a Hitchcock film as the framework for my blog requires.  Bird number two: write a supplementary article on a superb acting performance within the context of a single film.  Stone number one and only: Notorious. END_OF_DOCUMENT_TOKEN_TO_BE_REPLACED