Is there any question now that the Captain America Trilogy is the best comic book movie franchise of all time?  I don’t think that there is. Not only has it dominated the most complex expanded universe in film history, but it has gone three-for-three (a heretofore unaccomplished feat) with all of its movies standing among the best superhero movies ever made.

Of all the Captain America movies, the best is Winter Soldier.  After the heaps of praise that I just gave Civil War, this is clearly saying quite a lot.  Winter Soldier is the most exciting film in the entire MCU, and it creates that excitement not through teasing future developments or tantalizing cameo.  It is exciting because, as a movie, as a standalone story, it is uninfluenced by the world around it.  It’s focused on its singularity, and the incredible tension that builds up within it.

The most significant tension in the film is political.

Let’s back-track for a moment. 2008’s Iron Man was great partly because it introduced us to political commentary, however dulled or indirect, in our superhero movies.  Of all the superhero characters in the MCU, it only makes sense that Tony Stark be the one through whom the most political issues can be tackled: he’s an “Establishment”-type right-winger who’s made his billions helping us invade Iraq.  He’s one part capitalist poster-boy, one part market crusher, the man willing to empower government in order to protect national security.  Without doubt, if Marvel wanted to make a political stance, or ask a political question, to do it through Tony Stark is likely the best bet.

And it was.  It worked.  But, to do it with Steve Rogers?  We never saw that coming. 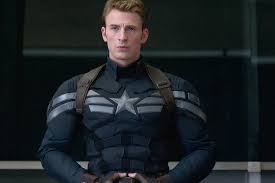 Of all the Avengers, Captain America is the least political.  He’s the one who understands that a nation is not defined by its government.  It is, instead, defined by its people, their culture, and the power that is reserved for those people.  He’s the one who represents the common man, not the bureaucrat or the politician.  He follows orders.  He’s disciplined enough to obey and humble enough to trust those in power to hold to the right principles.  Notions of corruption are hard for him to grasp, unless those people are dressed in Russian Red or Nazi browns.

So, it is the most compelling of all the MCU stories to see the most innocent of all the Marvel characters as he is faced with the worst enemy any character has yet to take on.  No, I’m not talking about the Winter Soldier—cool as he is.  I’m talking about the enemy of corruption in all its forms.  Innocence and corruption are the vilest of enemies, and for once in this universe of films, we are given a conflict worth the two and a half hours.  From its opening scene to its closing one, the movie keeps us on edge, never falters, and gives us some of the most memorable sequences in the MCU. 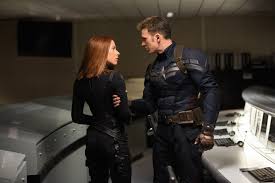 What results could have benefited from a little less of the obligatory action scenes that, according to Marvel formulas, have to occur every fifteen minutes or so.  But, with that point aside, Captain America: The Winter Soldier is the best standalone film in the MCU.  It is more like that classic Redford/Hoffman film directed by Alan Pakula, All the President’s Men.  It’s the first political thriller in the history of the MCU, and it worked out so well that, just sitting here right now, I want to watch it again.

This is the most compelling part of the story: Captain America versus reality, an Orwellian reality that we all face today.  When the Mighty Thor is fighting an all-seeing eye, it’s just another epic story.  But when its Captain America, the most mortal of the Avengers, fighting an all-seeing eye that seems just too close to home, it’s different.  It seems like the stakes are so much higher. 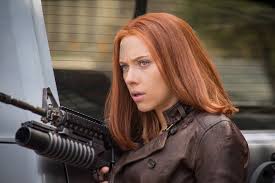 With this as a backdrop, the whole story seems so real that we start to forget we’re watching a show about a super-human.  The role of the Winter Soldier helps to keep us grounded in the fact that we are, indeed, watching a superhero movie.  The Winter Soldier is basically Captain America-dark, and proves himself a worthy opponent from the get-go.  When we find out who he is, we are delivered the best plot twist in the MCU.  And, when we find out that S.H.I.E.L.D. is actually infiltrated by HYDRA, we are given another fantastic twist.  Two great twists in one movie?  Have mercy.

Unfortunately, the third twist doesn’t work.  I wish Marvel would stop killing off characters just to bring them back to life.  Loki in Thor: The Dark World.  Happy and Pepper in Iron Man 3.  Phil Coulson in The Avengers.  Odin in Thor.  And, in Captain America: The Winter Soldier, we’re given two fake deaths: Steve’s childhood friend and fellow Howling Commando, Bucky, and Nick Fury.  Bringing back Fury was the third twist that didn’t work.  It just gets to the point where it goes too far.  One thing that we learned from Avengers: Age of Ultron is that when the MCU actually kills off a character and leaves them dead, it sticks with people.  It makes the movies seem, suddenly, more legitimate.

But, Nick Fury is so inconsequential to the MCU it doesn’t really matter if he’s alive or dead. So, maybe, I’m making too much of this movie’s glaring weakness. The truth is, Captain America: The Winter Soldier is an incredible, smart, visually stunning, and character driven comic-book masterpiece.  It’s unparalleled in its structure, its dynamic and timely script, and its strange ability to be authentic in a world full of Quinjets and super serums.