END_OF_DOCUMENT_TOKEN_TO_BE_REPLACED

In 1940s America, women were viewed as inferior and unwelcome in many “a man’s” world.  We get it.  This is a common trend in this “Golden Age” of American television: starting with Mad Men, we’ve had Pan Am, Agent Carter, and Astronaut Wives.  All telling the same story, as if to help to show just how far we’ve come since those dark, terrible years. 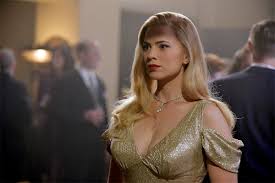 Marvel’s Agent Carter, as good a show as it is, could have done well to be more subtle.  We would have received the same message, and, I think, been more appreciative.  Surrounded by misogynists or not, Peggy Carter is the strong, smart, and well-composed woman that we’ve come to love from her turn in Captain America: The First Avenger as well as the “Agent Carter” One-Shot.  And that is, ultimately, what is most important. END_OF_DOCUMENT_TOKEN_TO_BE_REPLACED

One of my biggest issues with Batman v. Superman: Dawn of Justice was exemplified in something that occurred toward film’s end, when Batman storms through a building on the waterfront to save Superman’s adopted mother from certain death.  As he cradles her in his arms, making sure she’s okay, he explains, “I’m a friend of your son’s.”

“I could tell,” she says, motioning with her hands, “…the cape.”

There, ladies and gentlemen, is the only joke in the entire movie.

Contrast that with the MCU, and you get a completely different picture.  The MCU has built itself on comedy, sometimes to its detriment (Agents of S.H.I.E.L.D., Kat Dennings, etc.), but most frequently to its advantage.  These movies are almost more comedy than action film.  Even the darkest films, like Civil War and Winter Soldier, are rife with good nature and humor. END_OF_DOCUMENT_TOKEN_TO_BE_REPLACED

I’ve been asked many times how I feel about the current “Golden Age” of television.  I am fully in support of the movement to put great stories into the medium.  I love that TV is where it is today.  But, I will always be a movie guy.  There is a real difference between TV and movies, and the more you study them, the more obvious that becomes.  A lot of people see that television shows are an hour long while movies are two and say that there can’t be much difference.  But there is.

END_OF_DOCUMENT_TOKEN_TO_BE_REPLACED

Last year, I ranked this film at  number 6; and it was, by far, the most controversial decision that I’ve made in the history of this blog.  But, I still stand by it.  Granted, it has dropped somewhat this year because of new additions to the rankings (and one film has moved up past it).  With that being said, it still stands strong among the better movies of the Marvel Cinematic Universe.

END_OF_DOCUMENT_TOKEN_TO_BE_REPLACED

Last year, I said that I didn’t think that Marvel would make another TV-MA series on Netflix.  Clearly, I had no idea what I was talking about.

END_OF_DOCUMENT_TOKEN_TO_BE_REPLACED 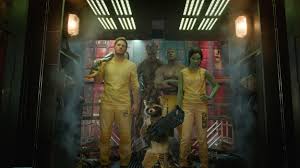 END_OF_DOCUMENT_TOKEN_TO_BE_REPLACED

You’ll notice that this one is in the exact same space it was last year.  New additions having come in and shifted the whole landscape, Captain America: The First Avenger was able to leap-frog some films that it lost out to in last year’s countdown (Guardians of the Galaxy and The Incredible Hulk) to keep its strong hold on spot #7.

Whether or not you’d like to admit it, Captain America is everyone’s favorite superhero.  I know you want to say your favorite is Iron Man, or Spider-man, or Batman, Wolverine, or, of course, the all-powerful Superman.  But Captain America is the one that we all love the most.  Because Captain America didn’t ask for any of it.  He was just trying to do the right thing.  And of all the characters in the MCU, he’s the one that most tried to ensure that his powers didn’t change him. END_OF_DOCUMENT_TOKEN_TO_BE_REPLACED

I was nervous going into this one that I wasn’t going to like it.  Obviously the main reason was because I had never read a Jessica Jones comic book. I had only passing knowledge of who she was.  I was nervous that Marvel was going to make her story one of the more angst-driven feminist tales that are all-too-common these days.  There’s a delicate line between talking about the issues and getting political, and too often, that line gets crossed.  I was afraid that Jessica Jones would do just that.

END_OF_DOCUMENT_TOKEN_TO_BE_REPLACED

If TV-MA is the equivalent of an “R” rating (which it is), then Daredevil, Marvel’s first foray into Netflix territory, is the first “R” rated programming in the history of the MCU.  At the time of its release in 2015, we had yet to see the darkness to which corruption in the world of superheroes and supervillains could reach.  Its rating, though, and its darkness, don’t matter all that much.  Because it’s good.  It’s so good, that I even put it ahead of the first Iron Man movie in last year’s list.  This year, it wasn’t so lucky.  Perhaps it was the fact that I had just finished it, or maybe was the fact that I needed to rewatch it, but, it drops two spots this year.  The first Iron Man film returns to where it probably should have been last year, and the last of the six “new additions” moves it down yet another notch.  But, like its TV-MA rating, it doesn’t matter.  Daredevil is good.  While the other Marvel television shows have been good at times, bad at others, and spotty all times in between, this is one series that deserves to be included in this “Golden Age of Television.”